Epilepsy and Epileptic Seizures; essential things you need to know 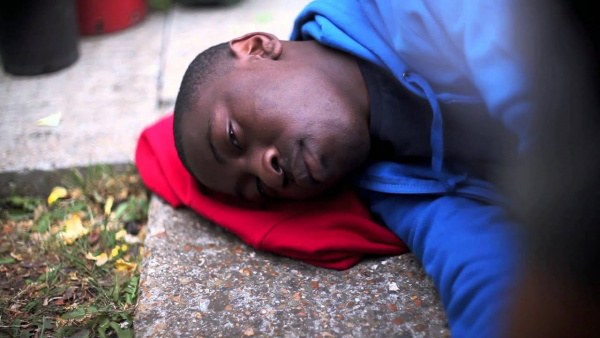 The month of November is designated as Epilepsy Awareness Month; a month set aside to help raise awareness about epilepsy and seizures. Epilepsy is a fairly common neurological disorder that affects about 65 million people worldwide. Every year, 1 in 150 people who have uncontrolled seizures dies from sudden unexpected death in epilepsy, known as SUDEP. When people with epilepsy and their caregivers are empowered with information to understand SUDEP, and other related issues, they can take action to reduce risk of harm and improve health outcomes.

This article takes a look at some essential and fundamental facts about Epilepsy which are often overlooked.

Epilepsy and its Causes

Epilepsy is a chronic disorder that causes unprovoked, recurrent seizures. A seizure is a sudden rush of electrical activity in the brain. There are two main types of seizures.

Beyond this, there are several other classifications and clinical categorization of Epilepsy. That will not be the focus of this article.

Epilepsy or epileptic seizures may be due to neurological infections, head injuries, brain tumours, brain damage from prenatal or perinatal causes, stroke, alcohol/drug withdrawal, or genetics. But in some cases, the cause remains unknown (For 6 out of 10 people with epilepsy, the cause can’t be determined). Below are some of the other things that can cause or lead to seizures:

Anyone can develop epilepsy, but it’s more common in young children and older adults. It occurs slightly more in males than in females. There’s no cure for epilepsy, but the disorder can be managed with medications and other strategies.

There isn't much you can do to stop a seizure once it starts. But you can help protect someone from harm during one. Some seizures are more dangerous than others, but most aren't an emergency. If you want to do something for the person, focus on keeping them safe.

The type of seizure most people will think of is the generalized tonic-clonic seizure, better known as a grand mal seizure. They're frightening to watch, and someone who has one rarely knows or remembers what's happening.

Any generalized seizure can be dangerous because the person is unaware of their surroundings and can't protect themselves from harm. The uncontrolled thrashing raises their chances of getting hurt.

Focal seizures are different. They're less intense and usually last no more than a minute or two.

Part of their body, like an arm, might get stiff or go floppy. You may see repeated, rhythmic, or jerking movements in one place or that spread to different body parts. The person could zone out or stare at nothing. They may or may not realize what's happening but can't control it. When it's over, they won't remember a thing.

Triggers of an Epileptic Seizure

Some people are able to identify things or situations that can trigger seizures. A few of the most commonly reported triggers are:

First Aid for Seizures: What You Can Do

It's all about taking precautions. For someone having a generalized tonic-clonic seizure:

Don't put anything in their mouth. Contrary to popular myth, you can't swallow your tongue during a seizure. But putting something in their mouth could damage their teeth, or they might bite you. If their head isn't moving, turn it to one side.

Look at your watch at the start of the seizure, so you can time its length. Remember, this probably isn't an emergency, although it may look like one.

After the jerking stops, gently place them on their side, to help keep their airway clear. For milder seizures, like a bit of staring or shaking arms or legs, guide the person away from hazards, including traffic, stairs, and water.

Don't leave someone who's had a seizure alone. Stay until they're fully aware of where they are and can respond normally when you talk to them. Speak calmly. Reassure them and explain what they missed if they're confused or frightened.

Don't give them anything to drink or eat until they've completely recovered.

How Epilepsy is Treated or Managed

Most people can manage epilepsy. Your treatment plan will be based on severity of symptoms, your health, and how well you respond to therapy. Some treatment options include:

Common Myths and Truths About Epilepsy

Epilepsy is assumed to be contagious. This is FALSE.

Epilepsy has something to do with witchcraft and spirits. This is FALSE.

Symptoms of Epilepsy makes a person weak, inhuman, dangerous or inferior. This is FALSE.

Epilepsy is not treatable. This is FALSE

Treatment for Epilepsy is expensive. This is FALSE

Forcing of spoons and other objects into the mouths of patients with epilepsy during seizures or forcing the jaws apart, stops them from swallowing their tongue. This is FALSE

Restraining a person having a seizure is the best way to protect them. This is FALSE

After the seizure is over, wash the face with water and keep fanning the person. This is FALSE

Everything You Need to Know About Epilepsy, Ann Pietrangelo, reviewed by Jeanne Morrison 2018, https://www.healthline.com/health/epilepsy